In an action to mark the delivery of the improvements to the water reservoir of Galileia (MG), students of the Municipal School Waldira de Castro Martins buried a “time capsule” full of letters and photographs, which will only be opened in 2040. In addition, 28 native Atlantic Forest seedlings were planted at the site. 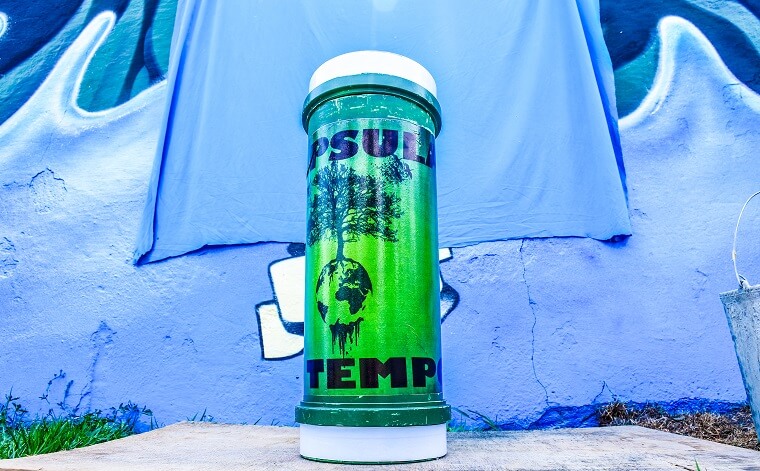 The time capsule will store letters and photographs of the community until 2040. | Photo: Leonardo Morais

It was the first time Ana Clara Amaral, 11 years old, planted a tree. In the letter she wrote, she spoke about the importance of environmental preservation. “I put in my letter that I expect a greener future and that people do not throw trash in the streets, in the lakes, because otherwise they will pollute the air. And without air we cannot live,” she said. 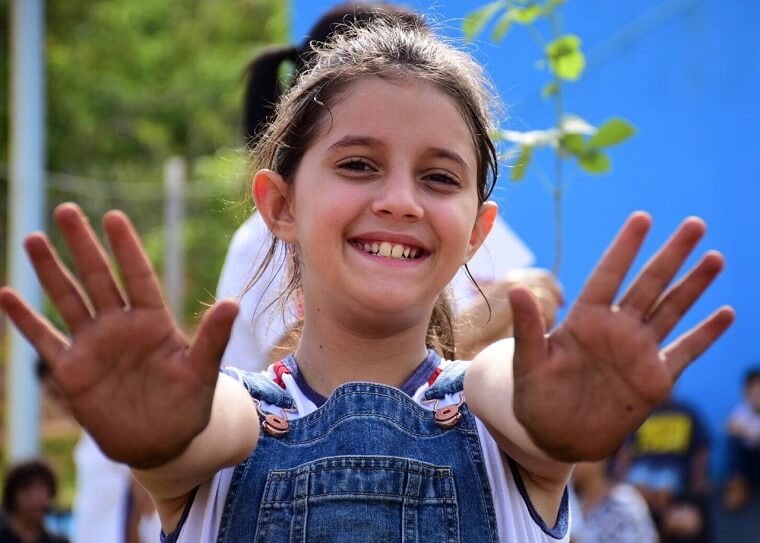 Ana Clara was one of the children who participated in the event, which marked a new phase of the works on the water supply system of the municipality. | Photo: Leonardo Morais

In addition to the time capsule and planting of seedlings, the public was entertained with a theatrical play on environmental education. A graphite was made on the wall of the reservoir and with paint the children made handprints on the walls – not only leaving their marks on the walls but on the history of the town. The activities brought together about 200 students.

“It was a day of celebration because we were delivering the improved reservoir and beginning the works on the water treatment plant of Galileia. But it was also a day of reflection on how we can pursue a more sustainable future. Children are fundamental in this process,” says Neuza Tito, Territory manager of the Renova Foundation.

The first phase of the works consisted of the construction of a water pipeline and the revitalization of the municipal reservoir for treated water. The structures of the external and internal parts were recovered, the area was urbanized, the valves were replaced and the electrical wiring was updated, among other improvements.

In the second phase, which will be started in October, a new water treatment plant (WTP) will be built and a Waste Water Treatment Unit (WWTU) will be implemented. These facilities will improve the quality of Galileia’s water supply system.