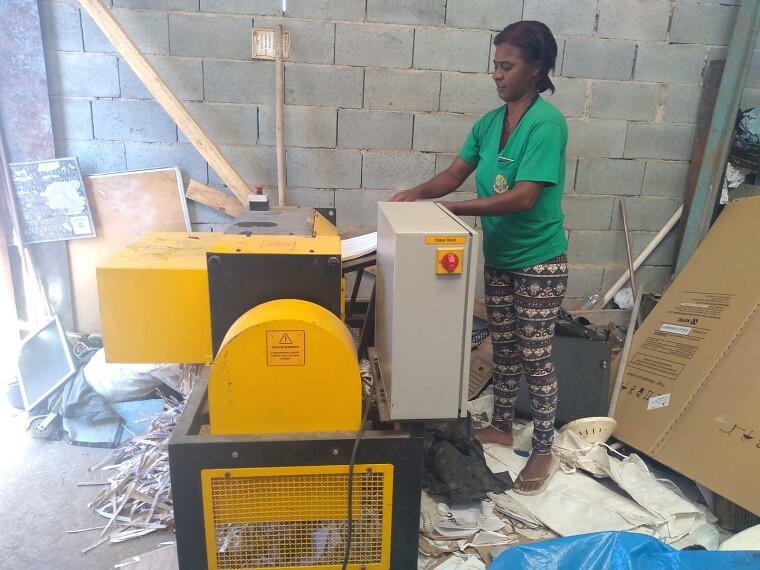 The idea of this partnership is to promote socioeconomic development and entrepreneurship through the strengthening of social and micro organizations, productive and formalized cooperatives in the affected municipalities. The actions were directed to the municipalities of Sem-Peixe (MG) and Baixo Guandu (ES) and are focused on specific topics such as job and income generation, increased product commercialization and market expansion.

Earlier this year, the project of the Recyclable Material Collectors Association (Ascanavi) from Governador Valadares was selected though the 1st Call for Projects. It is called “Social Awareness in Waste Management in Governador Valadares” and seeks to strengthen solidary entrepreneurship with the acquisition of materials for dissemination of the selective collection and equipment to improve the safety of glass storage and increase the sales volume of shredded paper.

Raquel Rodrigues da Silva, Ascanavi’s general coordinator, explains that the amount made available through the Call has already been invested in expanding the association’s work. “We are extremely excited that our project was selected. We purchased a semi-industrial paper shredder and custom shirts. With the paper shredder, Valadares now has a proper and safe place to discard confidential documents,” she says.