OUR LADY OF IMMACULATE CONCEPTION CHURCH, IN CAMARGOS, WILL BE FULLY RESTORED

The Our Lady of Immaculate Conception Church, located in the district of Camargos, 15 km from the historic center of Mariana (MG), will be fully restored, recovering its architecture and artistic elements. All works will be executed by the Renova Foundation, as a condition of the consent issued by the Municipal Board of Cultural Heritage of Mariana (Compat) – part of the licensing process for the Bento Rodrigues resettlement works, approved in May 2018. 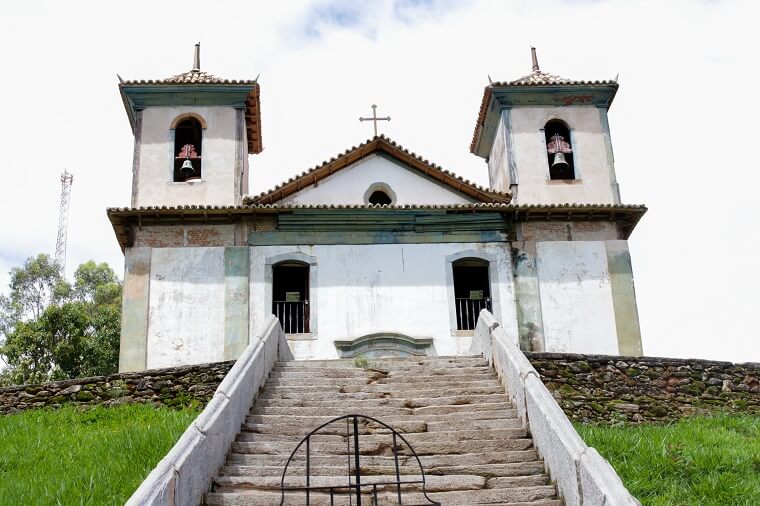 The church of Camargos, built in the 18th century, is one of the oldest houses of worship in Minas Gerais and was recognized by Iphan as a National Monument in 1949. | Photo: Released

Last weekend, 04/13, a ceremony at the Sanctuary of Our Lady of Carmo in Mariana marked the signing of the contract for executing the service. The restoration works are endorsed by the National Institute of Historic and Artistic Heritage (Iphan) and the Municipal Government of Mariana. The terms of the agreement that enable the restoration of the church were agreed with Compat.

Built around 1707, the Our Lady of Immaculate Conception Church is considered one of the great houses of worship in the state of Minas Gerais. The interior features a set of carved woodwork pieces, characteristic of the early baroque period, Portuguese style.

But despite its importance, the church had been closed since 2014, awaiting funding for restoration by PAC 2 – Historic Towns, which have not yet been released. In 2017, some emergency works were carried out with resources from the Municipal Fund for the Preservation of Cultural Heritage, originating from the Tax on Goods and Services (ICMS Cultural).

According to the restoration architect Danielle Lima, specialist of the Historic Memory Program of the Renova Foundation, the restoration of the church of Camargos will now be completed. “This is an important action to preserve this monument of enormous significance for the historical and cultural heritage of the community,” she says.

Ligia Pereira, manager of the territory of the Renova Foundation, informs that the project was developed with PAC resources and that the Foundation will execute it. “We understand that the restoration of this church is not simply a priority and necessary action of preservation of a historical monument, but a response of the Renova Foundation to the indirect impacts suffered by the community, particularly those related to the extreme decline in tourism flows. It is an important measure to repair the culture and ways of life of the community of Camargos,” she says.

The mother church of Our Lady of Immaculate Conception is part of a specific group of old mother churches in Minas Gerais built in the early 18th century. With a simple façade, the church houses an artistic abundance in its interior, with one of the most significant sets of carved woodwork pieces from the colonial period. On the first floor we can find the nave, the main chapel, the atrium, the side aisles and the sacristy. On the second, the pews and the choir.

The main chapel, an adobe structure, might still have vestiges of the first primitive chapel that existed at the location. The nave appears to have been built of stone, with niches for deep lateral chapels. According to the Iepha-MG Cultural Heritage Protection Inventory (State Institute of Historic and Artistic Heritage of Minas Gerais), the old walls and ceiling should contain artistic murals, such as those still visible just above the archway, on the side facing the nave.