After months of cultivation and management of native species seedlings, nurseries in Mariana and Barra Longa (MG), affected by the collapse of the Fundao dam, began to sell a crop of around 20,000 seedlings for the recovery of springs in the Upper Doce River region (MG). The Renova Foundation acquired the plants and sent them to rural producers in the municipalities of Coimbra, Ponte Nova, and Paula Candido, remunerated by the entity to recover springs located within their properties.

In addition to boosting the local economy, the action includes nurseries that are on the agenda of compensatory programs for reforestation and protection of degraded areas, provided for in the Transaction and Conduct Adjustment Term (TTAC). The agreement provides for the recovery of 5,000 springs and the reforestation of 40,000 hectares up to the river mouth in Espirito Santo. Besides, it will also serve the vegetation planted on top of tailings in the rural properties impacted in the Upper Doce River region, including the municipalities of Mariana and Barra Longa.

To ensure the safety of the families of Mariana and Barra Longa while sending the plants to the field, consultants from the Renova Foundation provided theoretical and practical training. The entire process was monitored, taking into account social distancing rules and mask use to protect against COVID-19. 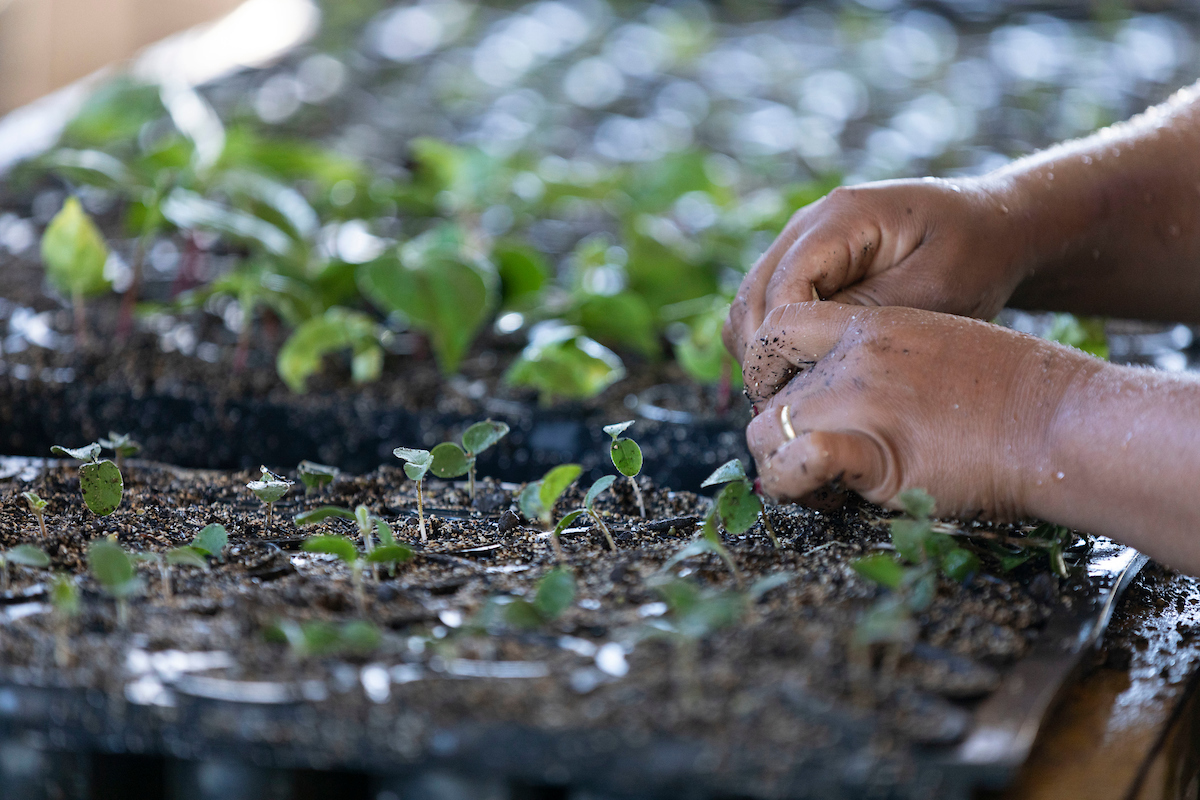 Technical support was provided, starting with selecting seedlings, then wrapping them in bundles – seedling packages – and pre-logistical fertigation, the technique of applying fertilizers via irrigation water while still in the nursery. Each bundle is composed of at least 15 species, totaling 30 seedlings. Guidance was also provided on storage during transportation.

Nurseries were instructed to select seedlings over 35 cm, free from pests and diseases. The four nurseries sold 7,200 plants for the first shipment, which took place last December. For the second-order, on January 13th and 14th, 7,740 units were shipped. Another 5,000 seedlings are expected to be shipped in March, also to the Upper Doce River region.

According to Andreia Dias, an analyst at the Renova Foundation’s Sustainable Land Use program, the objective goes beyond acquiring seedlings for the forest recovery carried out by the entity. “The project aims to integrate family farmers into the seed and seedling production chain to develop entrepreneurship in the industry and diversify the farmers’ income. It also encourages the creation of forest nurseries in the region, which lacks this market,” she says.

Currently, more than a thousand hectares of Permanent Preservation Areas and groundwater recharge areas are being implemented in Minas Gerais and Espirito Santo.  More than 340 rural properties are involved in forest restoration partnership actions. Almost 900 springs are being recovered, with the participation of 325 rural landowners.

The structuring of nursery units and the local economic development are part of the ATER Family Nurseries program, created by the Renova Foundation. The action was carried out within affected rural properties located in Mariana and Barra Longa.

To make the project feasible, it was necessary to train the producers, carried out with technical support from the Federal University of Viçosa (UFV), which also collaborated with research showing the feasibility of the plant’s tolerance in soils with tailings and low-cost management.

It has been proven that emergency revegetation at the epicenter of the disaster accelerated the diversity of nitrogen-fixing microorganisms in the soil. Properly isolated and inoculated into the substrate, they allow the production of more resistant and faster-growing seedlings.

The presence of these microorganisms improves the effects of fertilization and optimizes the use of inputs.