The closure of the first cycle of “The Future of the Doce River That’s Us” project brought together 90 young participants in an Inn in Pico da Ibituruna, in Governador Valadares, in the Doce River Valley, from September 26th to 29th. In all, 22 projects were put into practice with actions aimed at reforestation and revitalization of springs, cultural interventions, professional development of young people in socially vulnerable situations, black entrepreneurship, artistic workshops, among other topics. 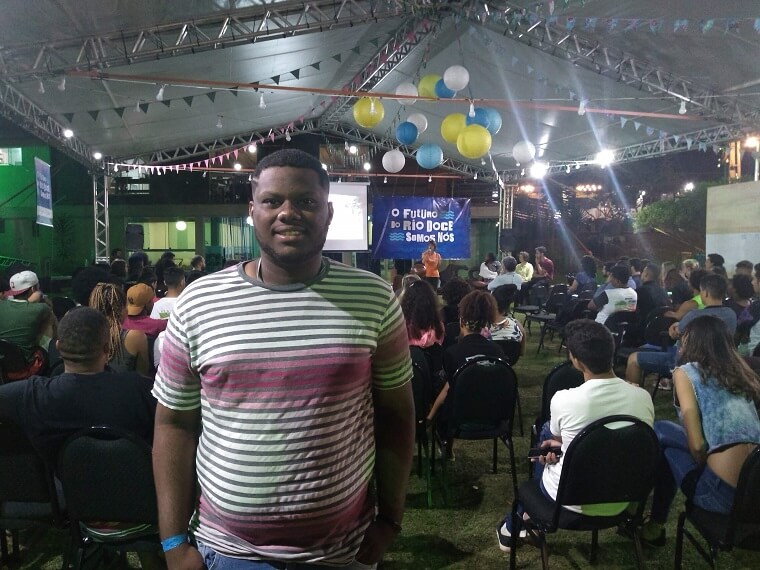 Resulting from a partnership between Instituto Elos and the Renova Foundation, the project “The Future of the Doce River That’s Us” has gone through several important stages, offering training, organizing informative sessions, revitalizing public spaces, stimulating youth protagonism and community development.

“These are very special initiatives of all kinds, in the social, environmental, cultural and diversity areas that show the face of these young people and their respective territories, their characteristics and potentialities. It is very interesting to see them this active and involved in the repair process, building paths for the regeneration of the Doce River in an integrated, systemic and collective way,” said Natasha Mendes Gabriel, co-founder of Instituto Elos and coordinator of the Doce River Future Project.

For the implementation of ideas and initiatives in the communities, the groups received advise from the Renova Foundation and Instituto Elos teams. Miguel Henrique de Paula is a young participant from Perpetuo Socorro, Belo Oriente district, also known as Cachoeira Escura, whose project was selected. He explained that, along with other colleagues, he developed an initiative to help clean the Doce River.

“Our project is focused on the removal of garbage from the river, such as pet bottles and wood that flows in it, etc. To do this, we want to involve youth and have them work with technology. We are creating a robotic arm that collects these materials from the river and its banks. To make this happen, Elos’ mentoring was fundamental to the structuring of the project. We had the idea, wrote it down, created it and reflected upon it, but we had no idea on how to put it into practice.”

Miguel de Paula also said that some of the other projects that were presented serve as inspiration and can be integrated into the river repair process. “Seeing projects of other young participants inspire us. A technological project, like ours, and a spring recovery project end up coming together, for example. The goal is the same: to help the Doce River Basin”.

THE FUTURE OF THE DOCE RIVER THAT’S US

“We already work with youth engagement and youth protagonism in Brazil and abroad. What happened here in the region is an encounter between the Renova Foundation’s desire to integrate these young people into the repair process of the Doce River and our desire to support this youth with the best that Instituto Elos has to offer. Our intentions are what unites us,” said Natasha Mendes Gabriel.