Housing will be located in the Paracatu de Baixo resettlement, and process aims to ensure accessibility for the residents

With his fingers, Antonio Marcelino, 74, is touching and learning more about the project of the house where he will live with his family, in the collective resettlement of Paracatu de Baixo. Mr. Marcelino is visually impaired, and a tactile scale model was built so that he could get to know all the details of his new home.

The scale model was created by architect Marina Retes, from the company Tractebel, hired by the Renova Foundation. It is a wooden miniature replica of the house plan, approximately 1 square meter. It is possible to know the layout of rooms, spaces, and furniture in great detail.

Marcelino’s son, Antonio Livio, was with him when he got to know the house plan through the tactile scale model. “Is this my room, my son? It’s close to the living room, right? From the living room, I go out to the kitchen… it will be the same,” he said while passing his fingers along with the replica of the house plan. 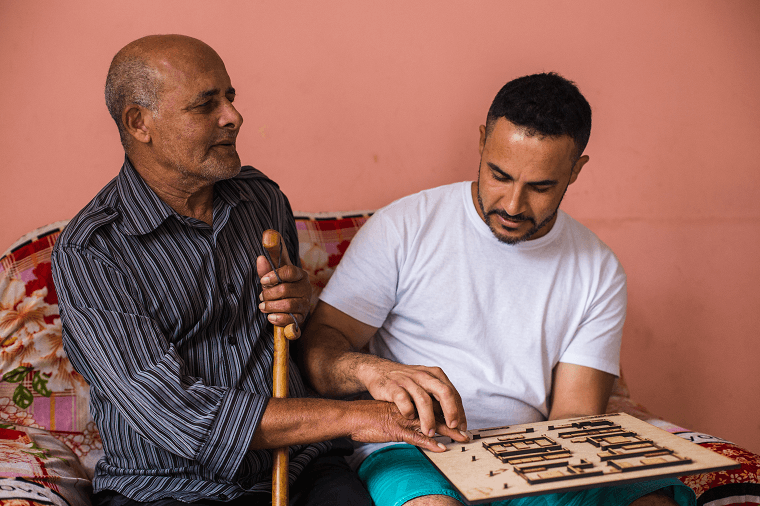 For Antonio Livio, the tactile scale model was a valuable tool to include his father in the process of building and understanding the project. “My father liked it. He kept putting his hand on it all the time, asking where the rooms were. I think it made him happy,” says the son. His father already has plans for the new house: “All my life I’ve had a lot of faith in Saint Anthony, I will take his portrait to the new house, put it in my room. I want to take good things to our new house and keep them there”.

The architect responsible for the project tells she was introduced to the technique of tactile scale model making through the UFMG School of Architecture (Federal University of Minas Gerais). It is based on work developed in their laboratory, Adaptse, which is specialized in scientific investigations on environmental accessibility. “We started to develop this work thinking about how architecture could improve people’s lives. We want them to understand what their future houses will look like,” explains Marina.

The houses in the Paracatu de Baixo resettlement are being designed for each family by the architects hired by the Renova Foundation and are based on the wishes and memories of these households. “To make sure that the families are involved in the design of the project is of extreme importance, so we will know that, when receiving their houses, they will feel at home. It is gratifying to see results like this and that the family is pleased,” says Ana Carolina Nunes, Dialogue coordinator of the Renova Foundation in Mariana.

According to Thaires Ferreira, Dialogue analyst at H&P, the company hired by the Renova Foundation, the social team has the role of ensuring that families participate actively, considering their ways of life and needs of each household. “Families also contribute to the memories of their home. Because it’s not only about the distribution of the rooms in the house, it also necessary to understand what their home meant and means to them. In Marcelino’s house, for example, the rooms, for him, refer to his children. It is not the room next to the bathroom; it is the room where he listens to the games in the living room,” he says.

The Renova Foundation’s work is to build new homes for the families and that these homes can preserve the habits and relationships of the neighborhood, recovering the community. 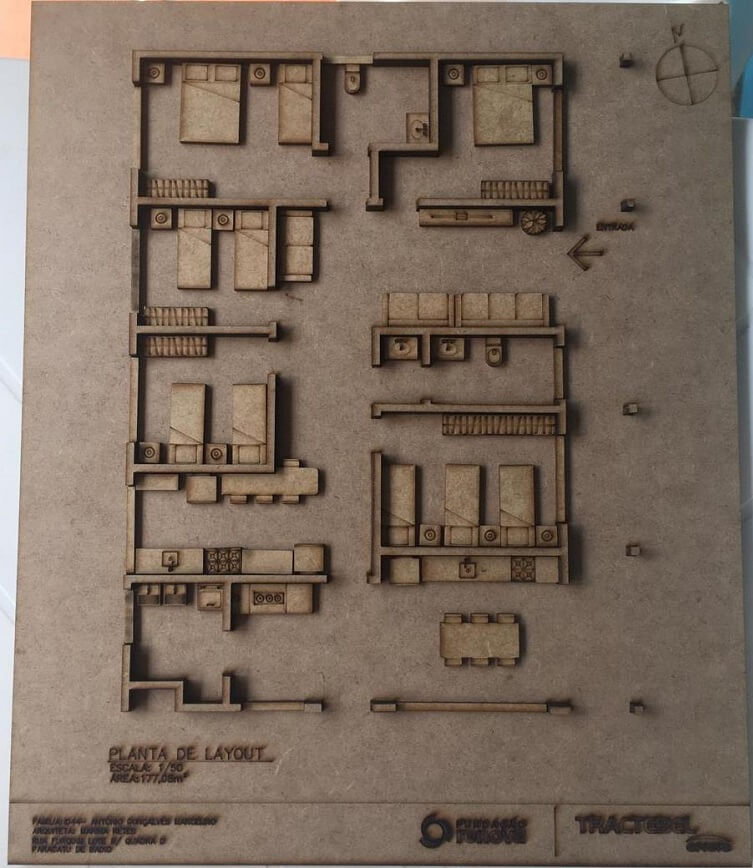 Each future resident of the collective resettlement is assisted by an architect hired by the Renova Foundation. The professional visits the families to understand what their house was like and how they imagine their new home. From the meetings, a project is developed together with the family. The project can be modified as many times as necessary until the residents are pleased with the result. After approval by the family, the project is ready to obtain a license from the Mariana Municipal Office.

The original design of Antonio Marcelino’s property was maintained at the request of the family. The mobility of the resident, who was already used to the old space, was decisive, and only a few adaptations were designed for his safety and well-being, such as a handrail around the house so that he can walk safely. “The space will have no steps, access will be via a ramp, and the house will face the street, which favors communication with the neighborhood,” says the architect.