STUDY CREATES ONE OF THE WORLD’S GREATEST HYDROGRAPHIC REFORESTATION PROGRAMS

To mitigate the impacts caused by the Fundao dam collapse that occurred in 2015, the Renova Foundation is committed to provide R$ 1.1 billion for the recovery of 40 thousand hectares of forest in the Doce River Basin over 10 years’ time. This is one of the largest forest restoration programs ever carried out in a river basin in Brazil or worldwide. 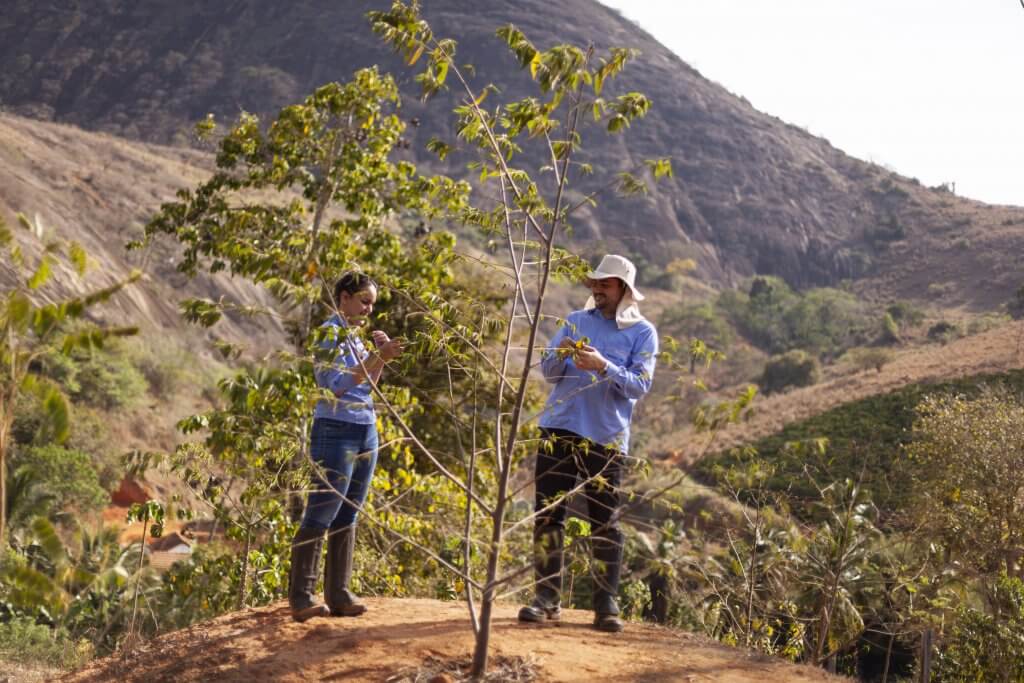 “As there is no ongoing restoration project of this magnitude on private properties, the Renova Foundation had to seek an unprecedented solution that resulted in the signing of its first agreement. Another great challenge was the need to integrate the two great Brazilian universities that are part of this important delivery,” explains Lucas Scarascia, leader of Renova’s socio-environmental program.

“It is not a contract in which universities receive money for the delivery of a product, but rather an agreement in which the parties involved have their individual and mutual objectives, and that way work to search for answers to real problems through science, with practical application,” says Professor Raoni Rajao, project coordinator at UFMG.

The project was coordinated by professors Silvio Bueno Pereira (in memoriam) and Jose Ambrosio Ferreira Neto, from UFV, involving researchers from the Environmental Service Management Laboratory (LAGESA/UFMG), the Remote Sensing Center (CSR/UFMG), and the departments of Agricultural Engineering, Soils, Plant Nutrition and Rural Economy of the UFV.

The work was carried out in two stages. In the first stage, the priority areas for the environmental recovery of the Doce River Basin were mapped. To this end, environmental, social and economic data were aggregated in order to generate maps that reveal the indexes of environmental and social vulnerability and the vocation for restoration in the basin.

According to Rajao, “this is an innovative methodology, since it considers not only the degradation of an area, but also its vocation for reforestation, that is, the ability to receive and successfully multiply the restoration effort.”

Professor Ferreira Neto of UFV points out that the socioeconomic and demographic characteristics of populations in these areas were also considered, so that they can directly benefit in the implementation of restoration activities.

Different types of restoration according to the land use vocation were also taken into account, such as the possibility of planting native species, the implementation of agroforestry systems, which defines economic exploitation in accordance with legal precepts, and natural regeneration in locations where the vegetation can be recovered with a minimum of human intervention. “This way, it was possible to mark the areas of the basin where there is an intersection between characteristics of pronounced social vulnerability and environmental degradation and greater possibility of success in the implementation of environmental restoration measures,” says Rajao.

In the second stage, a technical proposal was developed to schedule the environmental recovery of the basin, by means of a detailed annual timeframe of the stages of the restoration. “With the prioritization map at hand and with criteria for scheduling, we seek to define the operational logistics of the environmental recovery program, establishing a timeline for the areas where the program will be implemented,” explains Rajao.

Science as a guiding factor for public and private policies

The project development stages were discussed in sessions with government agencies and river basin committees, in which a complex governance scenario was established, consolidating the environmental recovery areas targeted through scientific bases and practical experience of other institutions.

“A rich study of prioritization areas was submitted to the Technical Board of Forestry Restoration and Water Production (CT-FLOR) and analyzed and validated by the Interfederative Committee (CIF), which approved the technical note. The study was presented to the public in five workshops with 400 participants, organized together with CT-FLOR and the Doce River Basin Committee (CBH-Doce). Some fine adjustments may be made at the time of implementation, according to the notes of the affected rural producers,” adds Scarascia.

For Rajao, the project has brought important gains, both academically, with the development of new methodologies of environmental analysis, and for society, when considering the aptitude aspect of the locations for the restoration. “We have reached a new scientific level in the definition of restoration areas when we incorporate social factors such as the generation of income through different types of reforestation according to the vocation of each region.”

The next step involves the implementation of spatial strategies for restoration, established by the project, envisaging a new course to improve the quality of the water and the environment of the Doce River Basin.