Work in progress generates 6,200 jobs and R$ 128.7 million in taxes for municipalities; local hiring is priority

The Renova Foundation should close the year 2020 with R$ 12 billion disbursed in resources for repair actions in the Doce River Basin since the Fundao dam collapse in Mariana (MG) in 2015. As of December 2019, of this total, R$ 7.84 billion has been invested, with R$ 2.11 billion referring to indemnity and financial aid payments to approximately 320 thousand people in Minas Gerais and Espirito Santo.
In 2020, the budget of the Renova Foundation will be R$ 4.68 billion, an increase of 72% compared to last year. For indemnities and financial aid, the volume of expected resources has grown 50% in relation to 2019 and reaches R$ 1.5 billion. 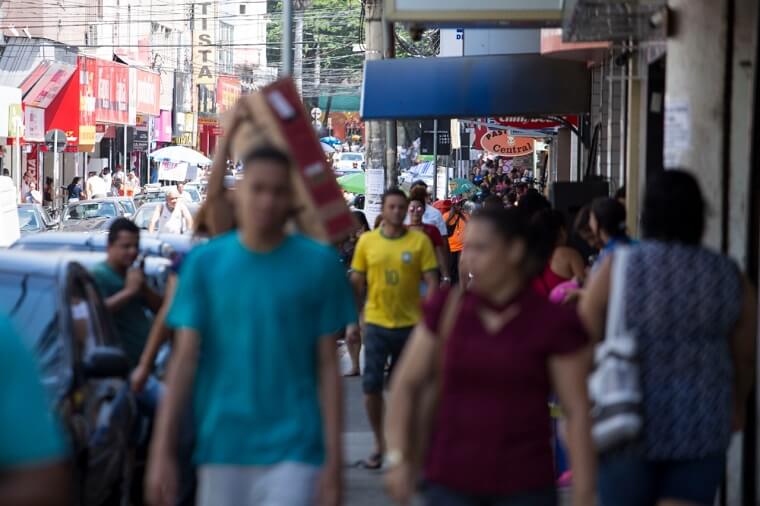 The resettlement program will receive R$ 889.3 million, which is 138% higher than last year. More than half of this amount will be allocated to the resettlement of Bento Rodrigues (R$ 467.3 million), which closes the year with 85% of the works completed.

At the peak of the resettlement works, around 4 thousand jobs will be generated. In Bento Rodrigues, houses are under construction and in the districts the infrastructure works, such as water, sewage and power networks, are at an advanced stage. The construction of the municipal school and the health and service center is underway with masonry works. The pavement of the road leading to the resettlement land was completed in October 2019 along with signage and lighting.

In Paracatu de Baixo, the construction of the foundations of the first houses was started and conceptual projects are being developed for houses and architectural projects for buildings for collective use, such as schools and health centers, with the participation of families. In Gesteira, the conceptual project for the collective resettlement was approved by residents. The Renova Foundation will technically analyze the document to start the implementation procedures with the protocol of the appropriate licenses.

The budget also provides for an increase in the application of resources for socio-environmental actions, which will receive 114% more in 2019, or the equivalent of R$ 357.9 million for projects that include sanitation, biodiversity, tailings management and water monitoring. Another R$ 225.2 million will be invested in Sustainable Land Use (SLU) projects.

To recover and rebuild the impacted infrastructure, more than R$ 380 million was disbursed up to December last year. About 1,500 works were completed and delivered, such as restoration of houses, rural properties and schools, reconstruction of bridges, artesian wells, embankments and slopes. In total, 142.2 km of access roads were renovated and 1,200 km underwent maintenance.

Positive impact on the economy
All these fronts of activity have boosted the economy, generating 6,200 jobs and collecting R$ 128.7 million in taxes for municipalities.
The Renova Foundation prioritizes the hiring of local companies and labor. As of the end of last year, 56% of the contracts signed by the Foundation were closed with suppliers from affected municipalities, totaling a disbursement of R$ 1.43 billion in its entire area of operation.
In 2020, the socioeconomic programs are to receive R$ 118 million, which will be directed towards the recovery and diversification of the economy and entrepreneurship, among other actions.

Environment
The Doce River also showed improvement. The 3 million annual data collected by the country’s largest water monitoring program show that the conditions in the Doce River Basin today are similar to those before the collapse. The program has 92 monitoring points along the Doce River, from Mariana (MG) to the river mouth in Linhares (ES). Today, the Doce River was classified in class 2 by Conama (National Council for the Environment) and this means that water can be consumed after conventional treatment and be used for irrigation.
An important step in environmental recovery is tailings management. More than 80 specialists participated in the process of defining the best solutions, creating the Tailings Management Plan. The plan divided the affected region, which covers 670 km, in 17 stretches, from Mariana (MG) to Linhares (ES) at the mouth of the Doce River. Each of them is evaluated according to specific indicators. Based on this detailed analysis, solutions are defined and implemented that cause the least impact to the environment and surroundings, including communities.
This work is showing results. There are no restrictions for planting in impacted areas of rural properties affected by the tailings, according to research by the Federal University of Viçosa.

Moreover, in the environmental area, an innovative mapping action was started in 2019. It is the largest forest inventory in progress in the country, carried out in areas of Minas Gerais and Espirito Santo and covering 230 municipalities. The work will map the biodiversity of the flora, the soil and landscape conditions in the surrounding of springs, riverbanks and water recharge areas in the Doce River Basin. The study uses advanced technology. Each area is mapped and georeferenced, and the trees receive a QR Code sign, forming a digital bank for the Doce River Basin.

The environmental actions also provide for the recovery of 40 thousand hectares of Permanent Preservation Areas (PPAs) and water recharge in the Doce River Basin over a period of ten years, with investments in the order of R$ 1.1 billion. The first phase provides for planting on 800 hectares (area equivalent to 800 soccer fields), using 800 thousand seedlings of Atlantic Forest species, which were produced in partnership with ten nurseries in the Doce River Basin.

The Springs Recovery Program, which is in its third year, aims to recover 5,000 springs over a period of 10 years, through the planting of seedlings and natural regeneration. As of December 2019, around 1,500 springs were in the process of recovery.

The results of the repair actions can be followed on the permanent platform Repair Data and on the Integrated Repair page, which provide a complete and in-depth overview of what is being done in the Doce River Basin.

Repair data up to 2019:
– R$ 7.84 billion disbursed in repair actions
– R$ 2.11 billion paid in indemnities and financial aid to approximately 320 thousand people
– R$ 491 million in environmental recovery and tailings management
– R$ 380 million for recovery and rebuilding infrastructure
– Generation of 6,200 jobs and R$ 128 million in taxes for municipalities
– 56% of contracts signed are with companies from affected municipalities
– More than 1,500 works completed and delivered
– Homes under construction in the resettlement and advanced progress infrastructure
– 92 monitoring points along the Doce River indicate that water can be consumed after treatment
– 1 million cubic meters of material was removed from the Candonga reservoir and cleaning of the three turbines of the plant was completed.
– 230 towns are part of the largest forest inventory in progress in the country