Processing unit will serve more than 150 families in Espírito Santo

The Renova Foundation, in partnership with the Cooperative for Beneficiation, Marketing and Service Provision for Settled Farmers (Coopterra), supports black pepper farmers in Espírito Santo. The initiative provides for the strengthening of production development strategies in agrarian reform settlements. As part of the actions, a processing unit (dryer) was inaugurated, in June, in the Zumbi dos Palmares settlement, in São Mateus, to serve more than 150 families.

With their own processing equipment, families will have a 13% increase in gross revenue, since the market value of the processed raw material is higher.

With a budget of more than R$2.6 million, the project should directly and indirectly benefit 565 families from nine settlements in the north of Espírito Santo. The work carried out will be carried out through actions to improve the production chain and technical training of participants, allowing the aggregation of value to the product and promoting the generation of work for families that join the project.

The actions include the construction of coffee and black pepper processing units, specialized technical assistance and incentives for the commercialization of products through cooperatives of the settlers themselves. Some equipment was acquired in recent months, such as a portable GPS device, two grain sample peelers, three threshers for black pepper with auger and five stainless steel pepper dryers.

The objective of the partnership is to promote the diversification of production and the insertion of agricultural social technologies, in order to increase the degree of socioeconomic development in the countryside. Coopterra’s objective is to contribute to the consolidation of strategies of the Landless Rural Workers Movement (MST) for the settlements to enhance the productive initiatives of the families.

Get to know the settlements, the contemplated population and the amounts invested in equipment and services: 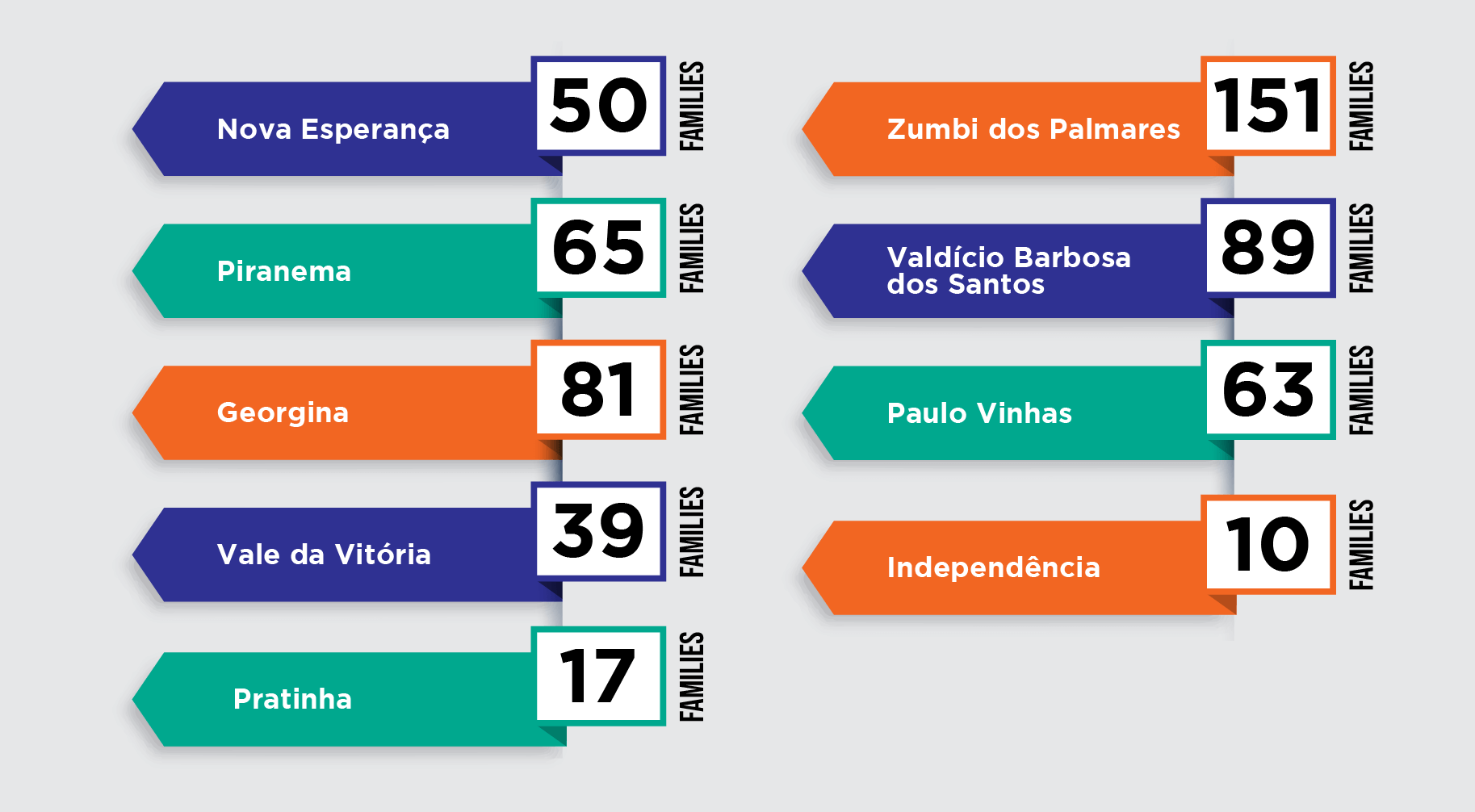 Through partnerships with cooperatives and training centers that work in agrarian reform settlements along the Doce River basin, the Renova Foundation promotes actions with the objective of stimulating the revitalization of environmental liabilities and the promotion of agroecological production in the region affected by the Fundao dam collapse.

Among these actions are technical assistance projects for settled families, training in agroecology in Minas Gerais and Espírito Santo, and support for coffee and black pepper producers in Espírito Santo. The Foundation also entered into partnerships with research and teaching institutions.

The settlements where these cooperatives and training centers operate are recognized and formalized by the National Institute of Settlements and Agrarian Reform (Incra) and are linked especially to the Landless Rural Workers Movement (MST), the Pastoral da Terra, the Federation of Agricultural Workers of the State of Minas Gerais (Fetaemg) and the Federation of Agriculturist Rural Workers and Family Farmers of the State of Espírito Santo (Fetaes).

They are located in important water recharge areas of the Doce River and are important actors for the execution of compensatory forest restoration actions. In addition, some of these settlements were directly impacted by the Fundão dam collapse, characterizing themselves as formal publics eligible for the reparation process.