In all, 23 projects from six municipalities in Minas Gerais and Espirito Santo have benefited from training and financial investments

The partnership between the Renova Foundation and BrazilFoundation was carried out in two phases through RFPs that sought to promote economic development and entrepreneurship in the municipalities affected by the Fundao dam collapse in Mariana (MG). In all, 23 projects were supported in 11 municipalities in Minas Gerais and Espirito Santo and more than R$ 1.1 million were earmarked, directly benefiting 1,095 people and their families.

In the first cycle, the investment was approximately R$ 738 thousand for 13 projects in six municipalities. All groups improved their structure with adequate equipment to increase the volume and quality of production and about 75% reported an increase in results. Click here to learn more about the projects and results of the first phase.

In the second cycle, more than R$ 400 thousand were allocated to ten projects in seven cities and towns with the objective to strengthen projects to expand production, reach new markets, train skilled labor, and increase income. About 80% reported diversification in the offer of products and services and 100% improved their infrastructure and were able to increase the volume, quality of production and potential for market entry. In addition, more than half of them managed to create new jobs and incorporated new employees.

According to Andre Mapa, Economy and Innovation analyst at the Renova Foundation, the initiative contributed to the groups achieving greater autonomy in their production and income generation processes. “We are convinced that through this partnership – when people receive support to improve their production process and tools to implement these changes – they are able to take a step forward and consolidate their business,” he comments.

The entrepreneurs obtained significant results in the management of their businesses, development and improvement of products and services, and expansion of the sales capacity, which resulted in increased income through the projects. Andre Mapa notes that the participating projects managed to incorporate new staff members in the midst of a pandemic crisis. “More than half of the projects managed to increase the revenue of the participating families, the number of customers and the diversification of products,” he says.

These are the projects supported in the second RFP:

Association of Women Artisans of Itueta and Region (AMAI): Strengthening the role of women in the job market, working on income generation and social inclusion. In Itueta (MG).

Beekeepers Association of the Doce River Krenak Territory (APIRDOCE): Promoting the increase in productivity, marketing, and sales of honey and propolis produced by APIRDOCE to improve income. In Itueta (MG).

Community Development Association of Barro Branco, Sabia and Vale do Rufino (ADEBRAS): Increasing the production of broiler chickens to supply the existing demand, strengthening the economy of the municipality. In Resplendor (MG).

Joao Pinto and Tres Barras Rural Producers Community Association Production of milk, meat, vegetables, and fruits that will be processed to add value and generate income in the rural areas. In Conselheiro Pena (MG).

Padre Angelo Stream Rural Producers Association Providing small and medium-sized rural producers with better working conditions and creating conditions for the marketing of their products in open-air markets and other trade channels. In Conselheiro Pena (MG).

Association of Brazilian Hands (AMADA): Increased agricultural production in the community, aiming at a better quality of life and increased income. In Conselheiro Pena (MG).

Hands and Art Store: Restructuring the Hands & Art Store to promote, sell and influence the production of handicrafts, fruit and vegetables by the Foundation and local population. In Sao Domingos do Prata (MG). 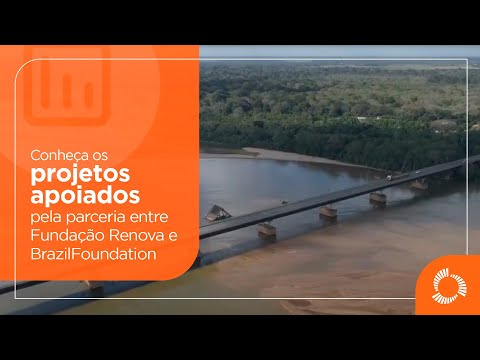