The independent panel of experts led by the International Union for Conservation of Nature (IUCN) released new recommendations on Wednesday, June 12, to support the decision-making process on fisheries restrictions (in force since three years) in the Doce River and to improve efforts to recover fishing activities in the basin and adjacent coastal zone.

The recommendations are highlighted in a new study, The Ban on Fisheries after the Fundao dam collapse: using a precautionary principle to restore fishing in the Doce River Basin, which analyzes the situation experienced by fishermen following the measures taken by the Prosecutor Service (Federal and State of Minas Gerais) that prohibited activities after the Fundao dam collapse. 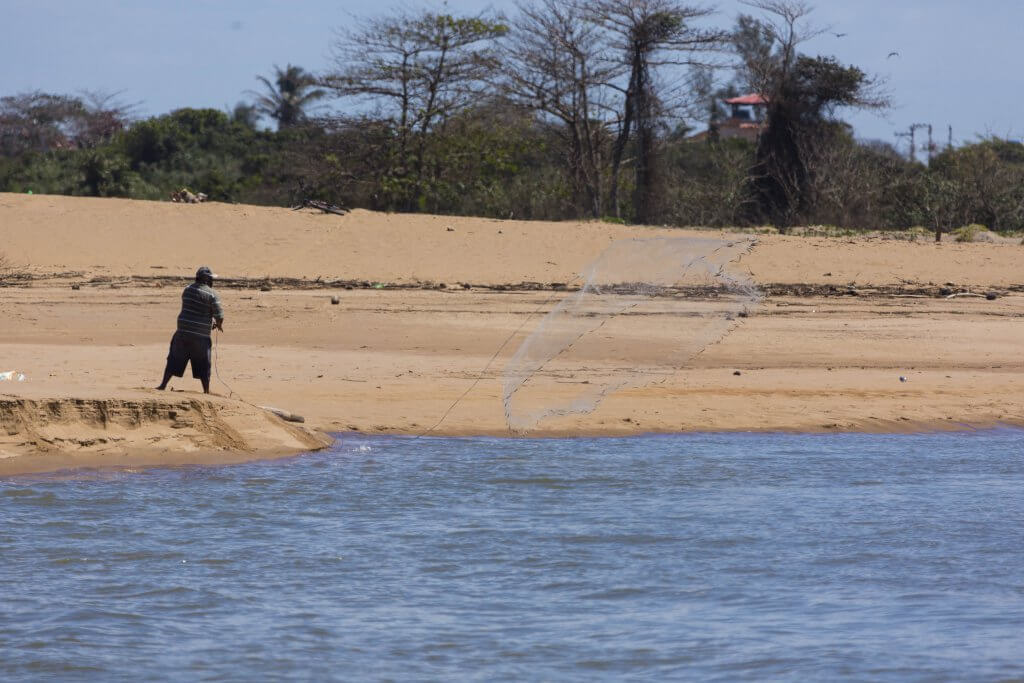 The Doce River Panel recommends that the Renova Foundation work closely with the Interfederative Committee (CIF) to develop a unified framework for decision-making and to establish a schedule for revocation of the fishing ban. The recommendations emphasize the importance of including fishermen and fisherwomen as an integral part of the monitoring network and points to the need for active communication among communities, public authorities, researchers and media regarding the assessment results of freshwater biodiversity and fish toxicity.

The Doce River Panel report explains that after the disaster the ban was based on a precautionary principle, which means that measures taken by federal and municipal authorities were necessary to avoid possible public health issues and to protect aquatic biodiversity. However, the prohibition has since imposed new challenges for local communities, showing the need to find economic alternatives and adopt solutions (medium and long term) that go beyond financial aid to these families.

“The precautionary principle guiding the decision-making process is good practice.  However, while it is in force, an integrated assessment should be carried out in line with the objectives of the Renova Foundation to build a sustainable fishing model. That way, it will be possible to guarantee the protection of the aquatic biodiversity of the freshwater bodies and the coastal zone of the region and to stimulate the participation of the local players who work in the fishing sector”, says Maria Cecilia Wey de Brito, the main author of the study.

Fishing is an important economic activity for the communities of the Doce River; large numbers of families depend on the river and its tributaries for their subsistence. According to the Renova Foundation, by the end of 2018, 11,002 families in Minas Gerais and 10,862 families in Espirito Santo had been affected by the fishing ban; today, these families rely on compensation and alternative activities to survive.

Yolanda Kakabadse, Chairman of the Doce River Panel, stressed the importance of the decision-making process for the efforts to restore the Basin. “In a complex governance model such as this, it is important to ensure that the parties involved can articulate how the linkages between social, environmental and economic interests are being integrated and aligned in the decision-making process, which focuses (intentionally) on the needs of the most affected populations.”

The Renova Foundation, government agencies and universities have already carried out several studies to measure the contamination level of the water and aquatic biota, generating a huge amount of data that can be used for profounder analysis, in order to create a fishery structure that is sustainable and adds value to fish production in the basin.

The leader of the Resumption of Aquaculture and Fishing Activities of the Renova Foundation, Camila Camilo, emphasizes that the format and the contracting of two studies are in progress. One of them refers to the socioeconomic characterization and fishing statistics, which has the objective of presenting the current reality from an economic point of view of the activity, besides proofing the effort and the capacity of support of the environments. “Whereas the other one comes with the diagnosis of the fishing production chain so that, based on this, scenarios can be drawn up to create alternatives or increase the income for families.”

The Doce River Panel is composed of national and international experts bringing together diverse technical skills, academic qualifications and local knowledge. Among them, the Chairman of the Panel, Ms. Kakabadse, is Ecuador’s former Minister for the Environment and former President of IUCN. The main author is Maria Cecilia Wey de Brito, MSc, Brazilian biodiversity specialist with more than 30 years of experience in social and environmental issues. She currently works on biodiversity issues at the Instituto EKOS Brasil with governmental and non-governmental organizations.