In June, the construction of the Governador Valadares pipeline was gradually resumed after suspension due to the COVID-19 pandemic, starting with earthworks in the Corrente Grande River’s water withdrawal area. The beginning of the works was accompanied by actions that mitigate the coronavirus’s possible spread or proliferation. 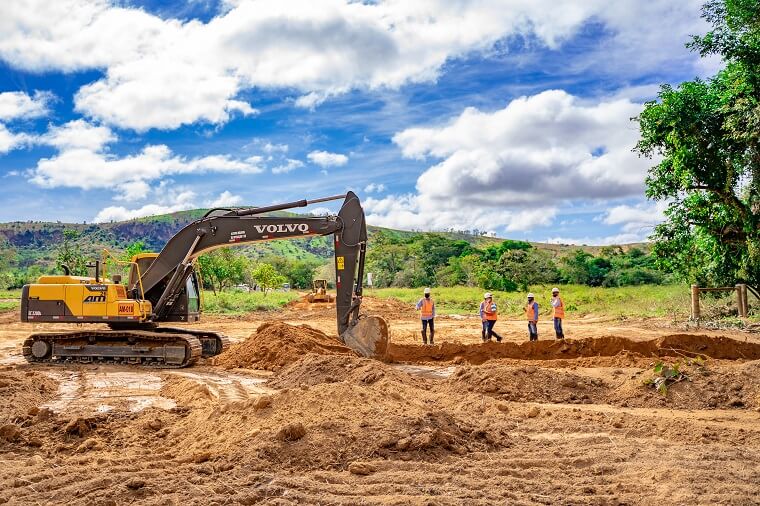 The new pipeline will take water from the Corrente Grande River to Water Treatment Plants (WTPs) in the neighborhoods Santa Rita, Vila Isa, and Centro. It will be able to supply 900 liters of water per second. The total investment in the construction will be approximately R$ 155 million, generating, in addition to municipal taxes, around 550 direct and indirect jobs in the region.

“Since the beginning, we have been working together with Renova, collaborating in the best possible way for the construction of the new water withdrawal system, always emphasizing to the foundation how important this is for our town, and constantly demanding to speed up the progress of the works. Thanks to our insistence, we received the news of the resumption, and we hope it will be definitive, and that despite the measures due to the COVID-19 the construction will show fast and increasing progress,” pointed out the mayor.

In mid-June, the construction of structures (staves) under the railway line resumed. They are meant for the pipes of the water pipeline and the electrical power transmission line, which will guarantee the necessary electrical energy for the system’s operation. At the end of the month, earthworks began in the water withdrawal area of the river.

The resumption of works was evaluated by the Covid-19 Management Committee and approved by the Renova Foundation. The decision took into account decrees of the Federal Government and the State Government of Minas Gerais, which list the civil construction sector among essential activities and services.

The resumption of the pipeline construction takes place in stages, with a reduced number of workers to avoid more substantial groups, following guidelines from the World Health Organization (WHO).

A series of preventive actions are also in place, which include: daily check of employee’s temperature; alternation of mealtimes; meals served in disposable lunch boxes; social distance in lines, between tables and chairs; intensification of disinfection of equipment and vehicles; easy access to hand sanitizer and spots for washing hands; mandatory use of masks; the minimum distance of 1.5 meters between workers; among other actions. A company also helps out with guiding the workers on the measures and making sure they comply with them. 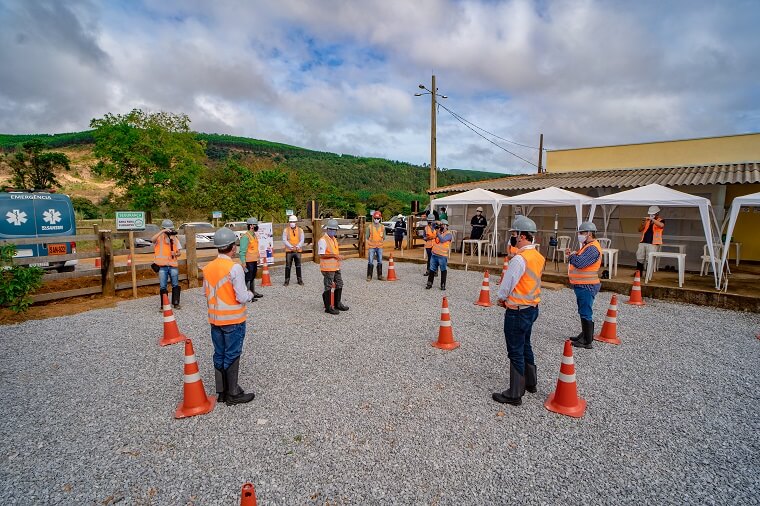 In the second half of 2020, the installation of pipes for the water pipeline resumed. Currently, a competitive process is underway to select a new construction company to conduct this service. This stage of the works was suspended before the coronavirus pandemic.

Fredy Brito, Project and Works manager at the Renova Foundation, explains that the new competitive process is necessary to guarantee agreed deadlines and better technical performance. “We ended the activities with the consortium contracted in February this year. The selection process is at an advanced stage, and the company is expected to be working in the field in the second semester. It is important to highlight that the works were never halted except due to Covid-19. The construction of staves under the railway and the electricity transmission line are essential fronts,” says Fredy.

Nine kilometers of pipes have been installed, including the extension to the WTP in the Santa Rita neighborhood, and some critical finished sections. One of them is the Tunnel Liner – an underground structure close to Baguari, where the pipes will pass under the BR-381.