Assisted by the Renova Foundation, the association develops activities that improve the quality of the product offered.

On March 4, the formalization of the Pedra Corrida Fishermen and Islanders Association (ASPIPEC) took place, an institution supported by the Renova Foundation through the Associativism and Cooperative Support Program. The event was attended by about 100 members.

Leyse Cruz Ferreira, an analyst of the Economy and Innovation area at the Renova Foundation, explained that the association already existed, but it had not been registered. With the formalization and creation of a CNPJ, the group is able to invest in the development of its activities, opening new markets, raising funds, forming partnerships and improving the quality of the product offered. 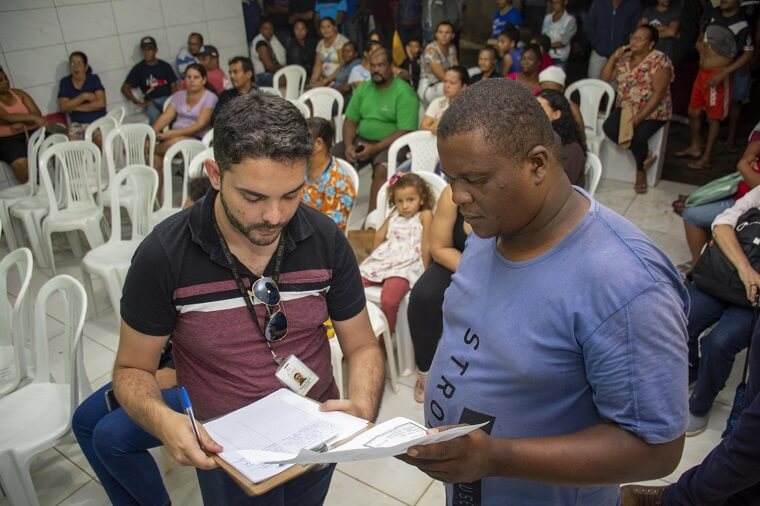 “Formalization is a gateway to the market not only in Pedra Corrida, which is a district of Periquito, but throughout the country. One of the actions of our program is to contribute to this process of strengthening the institutions of the affected towns so that they can structure themselves and gain a market, boosting the economy. The solidary basis, which is the characteristic of ASPIPEC, is precisely this: to allow the whole community to grow within the fishing activity in the region,” explains Leyse.

In addition to assisting the association in this formalization process, the Renova Foundation also provides consultancy to ASPIPEC through “Plan Soluçoes”, a consulting company based in Mariana (MG).

Patricia de Oliveira Vieira, president of ASPIPEC, says that the association had been trying to formalize itself for three years. According to her, the registration will not only strengthen this group so they can fight for improvements but will also be beneficial for the growth of Pedra Corrida.