Youth from six communities in the Mid Doce River region, in Minas Gerais, watched the movie by “Mobile Culture”, one of the projects that participated in the first edition of “The Future of the Doce River That’s Us”, an initiative of the Renova Foundation in partnership with Instituto Elos. Registration for the second edition of the project ends today (2/20) and can be done on the Instituto Elos website.

The movie was shown in the communities of Tumiritinga, Galileia, Ilha Brava, Baguari, Naque and Pedra Corrida. The objective was to present the project to a young public, answer questions and mobilize them for registration.

The facilitator of the Instituto Elos, Romulo Delgado, said that in April, there will be a second round of online selection of young participants. For him, the participation of Mobile Culture was important for young people to understand the functioning of a social project. “Their proposal is to take culture to places where they don’t have many options. Nothing better than joining this beautiful initiative through the youth mobilization stage.” 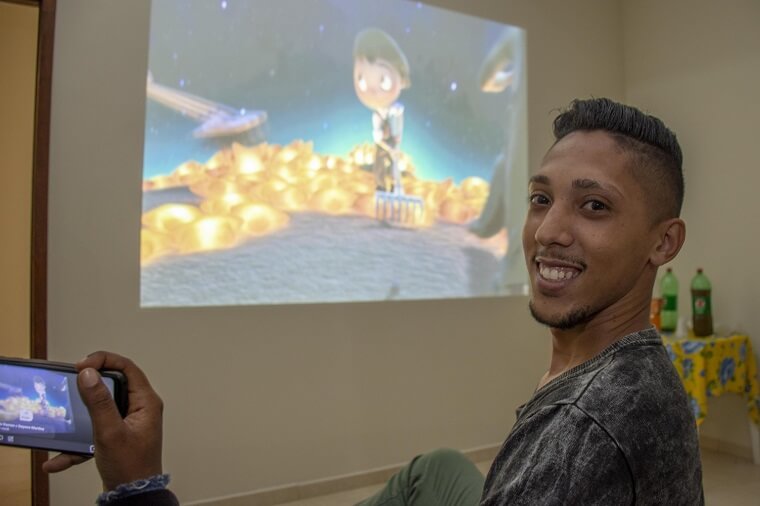 Naque resident Vinicius Sousa Moreira, 21 years old, said he was surprised by what was presented. “I expected it to be just another project, but the movie showed how much the Instituto Elos is interested in investing in us, young people from the Doce River Basin.”

Vinicius is sure he will apply and already has a project in mind: “I always wanted to bring visibility to minorities in some way, so that they do not feel excluded from society. I will invest in that,” he says.

Future of the Doce River

With a duration of 18 months of practical training in activism and social entrepreneurship, the project will select young participants between 18 and 29 years old who live in an impacted municipality in the Doce River Basin.

ACTION IN MARIANA TRAINS MULTIPLIERS IN HERITAGE AND ENVIRONMENTAL EDUCATION