The community of Barra Longa will have the opportunity to check out the actions and results of the project next Wednesday, 03/13, in an event on the Manoel Lino Mol Square

The talent and creativity of the women of Barra Longa (MG) have been an important engine for the sustainable development of the municipality, fomenting activities that boost the economy and generate income for the local families. And to give visibility to this work, the Empower Project was created, an initiative of the General Culture Association (ACG), with the support of the Renova Foundation. 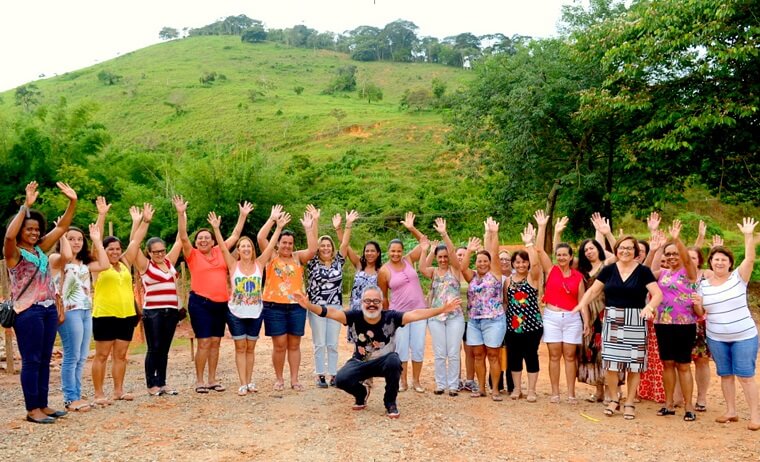 The embroidery work that was shown on the SPFW catwalk can now be ordered through the online catalog | Photo: Released

Now, the local community will be able to check out the actions and results of the project on Wednesday, 02/13, at an event on the Manoel Lino Mol Square, starting at 6pm. Participating in the project are the Rural Cooperative of Gesteira and the embroiders known as “Barra Girls”, mostly formed by women of different generations, who are rewriting their own stories. At the event, will also be distributed the catalogs created exclusively for the sale of the products, an opportunity for ordering for Easter and Mother’s Day.

Through embroidery, the artisans found a new path, which took their pieces to the catwalks of the Sao Paulo Fashion Week in 2018. Elaborated in partnership with designer Ronaldo Fraga, their creations gained the spotlight at the country’s biggest fashion event. They also produced three exclusive dresses – by the designer – for the collection of the Masp (Museum of Art of Sao Paulo).

“It was so exciting and wonderful, something I never imagined would happen to me. The show gave more visibility to our work and now we are recognized all over the country. And that fills us with pride,” said embroider Maria Aparecida Lana, 55.

The director of the ACG (General Culture Association), Jose Carlos Rocha, says that the proposal of the Empower Project is precisely to present to the public what has been achieved by these women. “The intention is to strengthen empowerment, broadening the participation of these new stakeholders and encouraging the creation and improvement of products,” he said.

The needles and threads of a group of embroiderers of Barra Longa, known as Girls from Barra, weave the art and entangle a history that intertwines the search for identity and the overcoming of barriers. The group, formed in 2017, consists of about 30 women between the ages of 17 and 80, and plays an important role in the remuneration of families, and helps to strengthen the local economy.

Check out the online catalog for more information and to see some of the pieces they created:

In Gesteira, in the Barra Longa district that was impacted by mud from the Fundao dam, women found strength and joined forces in a project that values local knowledge and practices, transforming them into products and a source of income.

The women, used to taking care of the house and children and helping their husbands in the field, now are taking up entrepreneurship. This was how the Rural Cooperative of Gesteira, formed by 23 women and one man, emerged.

From their skilled hands, emerge delicacies full of history and flavor. Made in a wood stove, using fresh milk and homemade yeast, delicacies such as cakes, buns, cookies, caramelized milk, cheeses, curd cheese, butters and many other products are an invitation to gastronomic pleasure. The pastry bakers of this community are experts in producing the so-called “doce mole”, a creamy milk delicacy, of unique flavor, served in a small artisan straw.

Check out the catalog with the products and place your order:

Presentation of the actions of the Empower Project