DOCE RIVER BASIN WILL HAVE MONITORING OF TERRESTRIAL FLORA AND FAUNA

The work is yet another effort to identify, describe and repair the impacts caused by the tailings originating from the Fundao dam

About 200 professionals will monitor the terrestrial flora and fauna of the entire Doce River Basin. The study is yet another effort to identify, describe and repair the impacts caused by the tailings originating from the Fundao dam in Mariana (MG).

Data will be collected from the most diverse organisms, from invertebrates – such as earthworms and bees – to large mammals such as tapirs and jaguars, including animals related to aquatic environments such as tortoises and alligators, and plants. 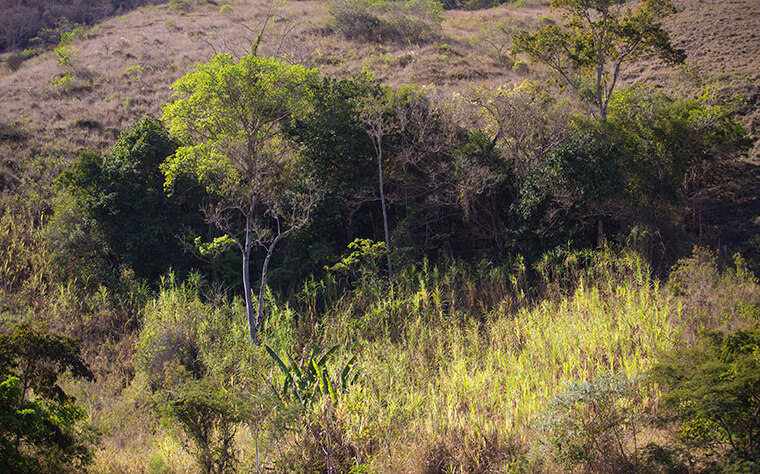 The study will further map the use and occupation of land, helping to identify the distribution and status of forest remnants in the area | Photo: Nitro Images

Monitoring is executed by the company Bicho do Mato Meio Ambiente, contracted by the Renova Foundation, and will be divided into semiannual campaigns that may be extended to up to ten years. Researchers will use the Rapeld method, which allows samples to be taken appropriately from biological communities over large areas, while reducing the variation in factors affecting these communities, such as temperature and humidity. This is the first time that the methodology is being used on such a large scale in the Doce River Basin.

In addition to assessing the structure, composition and abundance of species of flora and fauna, monitoring will also detect the levels of residual metals in vertebrates and invertebrates, terrestrial flora, river islands and soil along the Doce River. The study will further map the use and occupation of land, helping to identify the distribution and status of forest remnants in this area.

According to Bruno Pimenta, in charge of the Biodiversity actions of the Renova Foundation, the analysis can help the forest restoration process. By means of data collection, it will be possible to define the areas for replanting forests.

Another important element of this monitoring is the interconnection with aquatic monitoring. “It is necessary to view data in an integrated way, after information has been collected for some time. The main interface that we see at this moment is the correlation between the structure of the forests and the quality of the soils and waters, because they are interconnected factors. The condition of the soils is largely determined by the vegetation and its state of conservation. Whereas the soils are influenced to a great extent by the quality of water. This water flows into the sea, so it is interesting to be able to draw relationships between these various factors to understand the evolution of the quality of the environments in these various areas,” said Bruno Pimenta