Earthworks have started, another step forward in the reconstruction of the subdistrict

On 01/14, earthworks began for installation of the construction site on Lucila, the land chosen by the community for building the resettlement of Paracatu de Baixo (MG). The area is being prepared to receive offices, toilets, a cafeteria and an outpatient clinic for the companies involved in the construction. 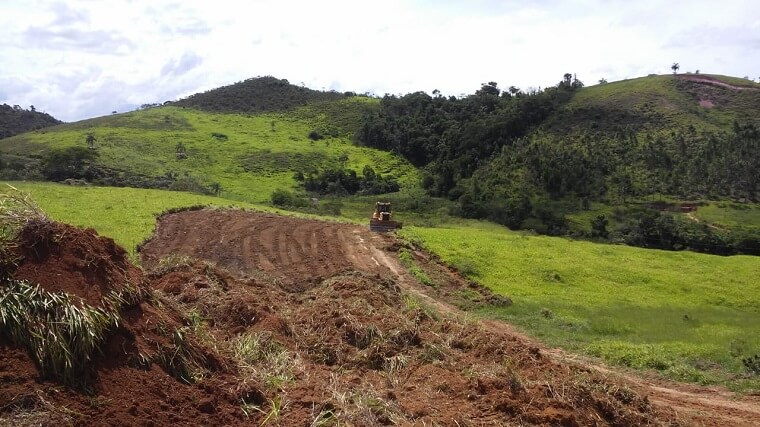 Earthworks are underway for the installation of the construction site on Lucila, land chosen by the community for building the new resettlement. | Photo: Released

The objective of this phase is to prepare for the installation of offices and support structures. About ten machines will operate on the site to move earth and lift the containers that will house the structures. Drains are also being installed along the access road to the construction site and fences and signs are being set up. The expected number of workers at the peak of construction is 55.

In September 2018, the conceptual urban project for the resettlement was approved by the community in assembly – receiving 97% votes in favor. The model validated by the residents established the layout of the streets, the location of the lots, public facilities, among others.

On 11/20/18, the Municipality of Mariana (MG) granted the Exemption of the Environmental Licensing for the implantation of the construction site. With this, it was possible to start the first phase of the works on the land.

On 01/16, the land occupation project was filed for analysis by the urban licensing agencies. By the end of January, the project will be submitted to an environmental analysis. Last month, the Municipality of Mariana signed the second and last law that allows the land to be parceled out and the creation and regulation of the Special Guidelines Area (ADIES), complying with all the requirements of the Urban and Environmental Master Plan.

The new subdistrict, which will occupy an area of approximately 95 hectares, should be as identical as possible to the physical characteristics and patrimonial and cultural aspects of the old Paracatu de Baixo, maintaining in particular the neighborhood relations.

All phases of this work happen with total involvement of the community, represented by the commission of affected parties and technical advisory body.