On January 30 and 31, in Ipatinga, the Renova Foundation organized the Impact Assessment Workshop on Conservation Units (CUs) potentially impacted by the Fundao dam collapse. 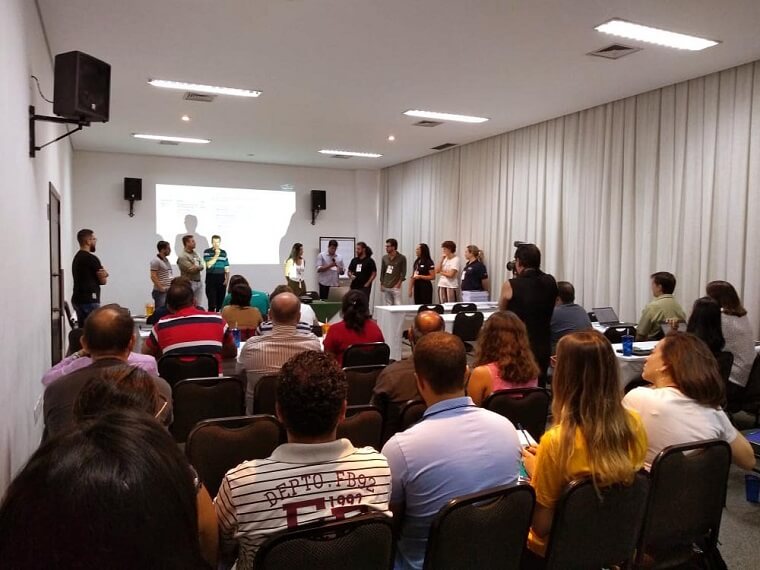 Conservation Units are natural areas protected by public authorities because they have relevant natural characteristics and are regulated by Law No. 9.985.

At the meeting, the study results of 13 CUs were presented, part of the survey to identify possible impacts in the 40 areas with this classification in Minas Gerais, Espirito Santo and southern Bahia. The diagnosis also provides for the implementation of remedial actions.

According to Juliana Oliveira Lima, analyst at the Renova Foundation, the diagnosis is part of the program that deals with Conservation Units and that complies with clause 181 of the Transaction and Conduct Adjustment Term (TTAC). “The purpose of the program is to identify the impacts in the Conservation Units potentially affected by the Fundao collapse and, subsequently, to implement repair actions”, she explains.

About 50 professionals participated in this workshop. Among them are the managers of the Conservation Units and researchers, as well as representatives of the Technical Board of Conservation and Biodiversity (CTBio), governmental and non-governmental institutions that are involved with the CUs under evaluation.

“The participants contributed effectively with information about possible impacts of the Fundao dam collapse to reach a diagnosis”, says Juliana.

In 2019, the work plan presented by the State Forestry Institute (IEF) for the consolidation of the Doce River State Park, the largest tropical rainforest in Minas Gerais, was approved by the CIF. The Renova Foundation, responsible for repair and compensatory actions for the damages caused by the Fundao dam collapse, will allocate resources in the order of R$ 63 million.

A series of actions will be applied, ranging from the diagnosis of the physical structure of the unit, the revision of the Management Plan, the preparation of the Public Use Plan and even physical protection, firefighting and the hiring of specialized labor.

The Doce River State Park was the first Conservation Unit created by the State, in 1944, and covers the largest continuous stretch of Atlantic forest in Minas Gerais, in addition to being home to endemic and endangered species.

“The Renova Foundation expects that, with the contribution of resources, the Doce River State Park will continue to fulfill its outstanding role in the production of scientific research and producing quality knowledge. In addition, the actions should benefit the communities surrounding the conservation unit, by combining development with environmental preservation”, says Bruno Pimenta, Biodiversity coordinator at the Renova Foundation.