The Renova Foundation is accomplishing important milestones necessary to start with the resettlement of Paracatu de Baixo, a community that in November 2015 was hit by the Fundao dam collapse in Mariana (MG). One of them is the consent of the Municipal Council of Cultural Heritage of Mariana (Compat), obtained on May 2, which includes the conditions to be executed to mitigate and compensate the impacts of the works. 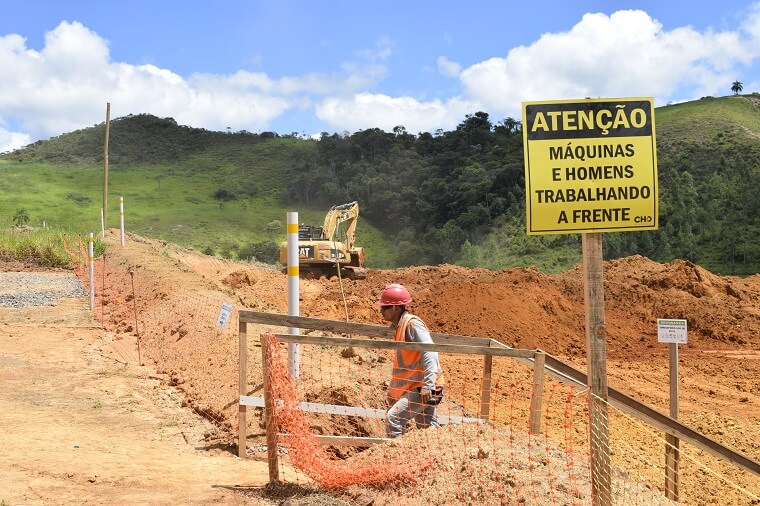 The consent of the Council of Heritage is a fundamental step for the licensing of the works of Paracatu de Baixo. | Photo: Nitro Images

Among the Compat conditions are the installation of a fire protection system in the Sao Caetano Church, in the district of Monsenhor Horta, and in the Bom Jesus do Monte Church, district of Furquim. Both are 18th-century buildings and of great historical and cultural value. Also planned are emergency actions for the structures of these churches and for the main building of the Sao Caetano Music Society, founded in 1836, and considered the fourth oldest band in Brazil and the third oldest in Minas Gerais. Renovation of some structures of the old railroad station of the district of Monsenhor Horta was also requested.

Euzimar Rosado, Licensing manager of the Renova Foundation, explains that the consent of the Council of Heritage is an important step for the licensing of the works of Paracatu de Baixo. The decision by Compat is one of the requirements to validate the environmental license, which was approved and issued by the Municipal Council of Environmental Development (Codema) of Mariana on April 8. “These are actions associated with the consent that were requested to mitigate and prevent impacts of the works on the cultural heritage of the region, pointed out in a technical study evaluated by Compat,” says Euzimar Rosado.

Codema issued a positive advice for environmental license of the Paracatu de Baixo resettlement after analyzing the environmental studies filed by the Renova Foundation in January and subsequent technical consent issued by the Municipal Secretariat for the Environment and Sustainable Development.

Still needed in order to initiate works in the resettlement are the issuance of the permits by the Municipal Office of Mariana and the authorization for plant suppression by the State Forest Institute (IEF).

Workers and machinery are being moved to the Lucila site, – an area chosen by the community for the reconstruction of Paracatu de Baixo -, since December last year, when the Municipal Office of Mariana granted permission to install offices, toilets, parking lot, first aid unit and cafeteria for the construction site, affected parties support center, and fencing of the area.

As in Bento Rodrigues, the construction of Paracatu de Baixo should be based on the physical characteristics and cultural aspects of the impacted subdistrict. The community, commission of affected parties, and technical advisory body are all involved in the elaboration and approval of all stages. The resettlement will occupy an Area with Special Guidelines of approximately 95 hectares and should receive approximately 136 families.

In April, an agreement was signed between the Municipal Office of Mariana and the Renova Foundation, which will provide the municipality with reinforcement and support to the technical team, with professionals who will be dedicated to analyzing the reconstruction projects of Bento Rodrigues and Paracatu de Baixo, in addition to the environmental and urban development licensing of Paracatu. Under the agreement, the Renova Foundation will transfer about R$ 7.9 million to the municipality to hire professionals from different fields of action and equipment required for the Works and Environment Departments.08