Resettlement works in Mariana expected to generate 4,000 jobs at peak of construction

The house construction in Bento Rodrigues and infrastructure works in Paracatu de Baixo will begin this Monday 07/29. The first walls on the Lavoura site will be erected following the signing of the contract with HTB, the company that will be responsible for infrastructure and residential and public property construction services in the collective resettlement of Bento. This Monday, the contract with Andrade Gutierrez was also signed. They will be responsible for building infrastructure and houses in Paracatu. The reconstruction of the two districts will generate a total of 4,000 jobs at the peak of construction. 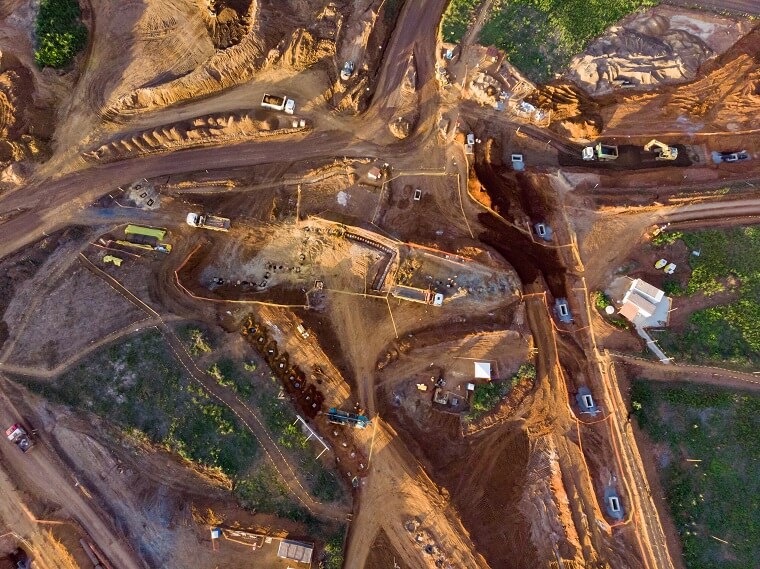 The reconstruction of the two districts will generate a total of 4,000 jobs at its peak. | Photo: Nitro Images

Developing studies and approving projects, planning urban concepts, adapting to the challenges of land, designing each house according to each family’s wishes, installing collective facilities and having each project approved at the Municipal Office are steps of the resettlement process. Public authorities also made a great effort to develop and pass new laws related to the construction of new urban communities.

The resettlements follow the repair guidelines, built jointly with the commissions of affected parties and their technical advisory body, validated and monitored by the State Prosecution Service. These guidelines have as their main objectives to ensure the restitution of right to adequate housing, the resumption of productive activities, the approximation of livelihoods and access to the community’s collective facilities.

The hiring of each construction company followed a rigorous analysis of the technical capacity, financial health and integrity, approved by Renova Foundation’s governance. The Renova Foundation will be responsible for overseeing and managing the entire process.

“The reconstruction works of the village of Bento Rodrigues represent major challenges that go beyond technical and logistical aspects. We are excited to be able to contribute not only to the reconstruction of homes but also to people’s lives. I understand this milestone means a fresh start for many of the residents and, for us at HTB, an opportunity to leverage our expertise in projects that make a difference,” says Detlef Dralle, CEO of the HTB Group.

According to Marcelo Marcante, president of the Andrade Gutierrez Construction branch, the company’s participation in the Paracatu de Baixo project adds value to all. “For us at Andrade Gutierrez Engineering, it is a great opportunity to be able to collaborate with the Renova Foundation. We believe that with our focus on engineering, excellence in management and safety, we have a differential to achieve all project objectives, adding quality services and collaborating closely with the client and those who will directly and indirectly benefit from this project.”

A consortium of companies from Mariana continues to perform infrastructure services in Bento Rodrigues, which began in January 2019, such as earthworks, lot containment, street drainage and paving, installation of water and sewerage networks. In the Paracatu de Baixo resettlement, plant suppression began in June 2019.

Jobs will require incomplete to completed middle school, six-month proven work experience and driver’s license according to the required job. The required qualification may be specified and vary by contractor. Vacancies and the selection process will be handled by Sine in Mariana (Avenida Getulio Vargas, s/n°, downtown Mariana). Call (31) 3558-2001 or visit the website http://www.pmmariana.com.br/vagas-sine.

The conceptual design of the collective urban resettlement was approved by the community of Bento Rodrigues in February 2018, with 99.44% of favorable votes. Installation of the construction site in Lavoura, land chosen by the community, began in May 2018 and was completed in December 2018. Plant suppression began in August 2018 and was finished in November 2018. Infrastructure works (storm drainage, power supply network) began in January 2019.

The foundation works of the houses, the municipal school and the health center of Bento Rodrigues began in July 2019. This month, the works to improve the suitability of the Mariana sanitary landfill were started, which will allow the solid waste to be deposited in properly sealed areas, preventing contact between the waste and the rural terrain.

At the same time, 18 architects continue to attend to families for the design of the houses. As of July 19, 2019, 122 conceptual projects and 96 basic house projects were completed; and 76 projects of houses, schools and health centers were filed with the Municipal Secretariat of Works. As of July 25, 2019, the Mariana Municipal Office granted building permits for 17 houses and for the school of the collective resettlement of Bento Rodrigues.

The conceptual urban project for the resettlement of Paracatu de Baixo was approved by the community in an assembly in September 2018, receiving 97% votes in favor. In December 2018, installation of the construction site began with offices, toilets, parking lots, first aid unit and cafeteria, which were completed in May 2019.

While the Renova Foundation was awaiting licensing, families began to develop the housing project in April 2019. Each household is attended by an architect and a social analyst. As of July 2019, 71 conceptual houses are being designed with families and Renova’s architects, who seek to raise constructive details and the dynamics of the residents, such as the outdoor area, the relationship between the house and the yards, and the layout of the rooms.

After the plant suppression (started in June 2019), streets will be created, which will enable field visits for lot recognition and perception of the neighborhood relationship, insolation, position of the houses, etc. Meanwhile, architects are preparing virtual simulations of the lots. Each family will review the design in detail and define the material for the finishing touches, floors, and paint that will be applied.

The format of how collective assets will be elaborated is still under discussion with those affected. This way, the location and characteristics of facilities such as school, churches, squares, health center, police station, etc., must follow legislation and be in accordance with the collective habits.