In Tumiritinga, Minas Gerais, children from the Professor Alcina Silva de Miranda Municipal School were able to learn in practice about the monitoring of the Doce River water, conducted by the Renova Foundation. They collected a river water sample and performed tests that measure quality parameters such as pH, turbidity and other elements. The action took place in June, at an event that also celebrated World Environment Day. 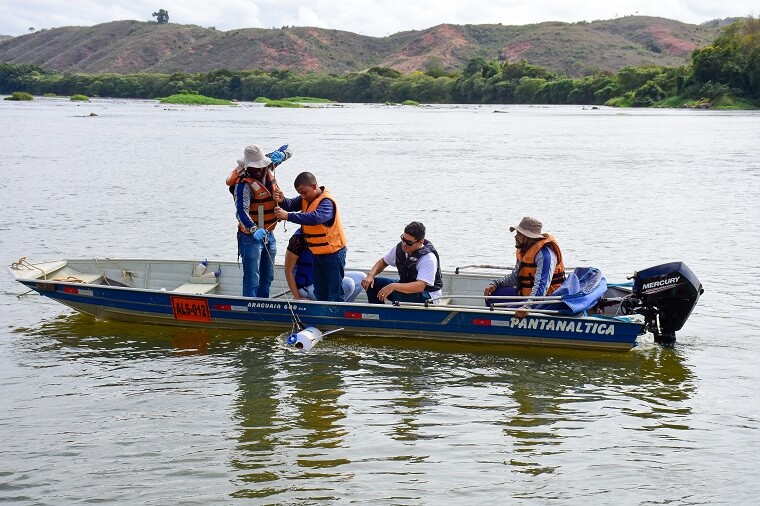 Student Alexander Rocha won the raffle to go on a boat to collect water together with the field team of the program. Accompanied by his parents, he says it was a very important moment. “I collected the water and learned so much about it. We took a lot of pictures with a drone. It was really cool,” he says.

After collecting the sample, he shared his experience with about 20 piers who were waiting for him near the riverbanks. The water tests were done in front of all the students, who carefully paid attention to the explanations.

“We talked to the students about the importance of drinking water and presented the actions to monitor the quality of raw and treated Doce River water. We also showed the equipment used during water sample collection and monitoring, and used a kit that simulates water analysis,” says Soraia Silva, social and environmental analyst at the Renova Foundation.

Watch the video of the event:

In addition to collecting water from the river, the children participated in games, attended a theatrical performance about environmental education and attended a talk about the work of the PMQQS monitoring program. 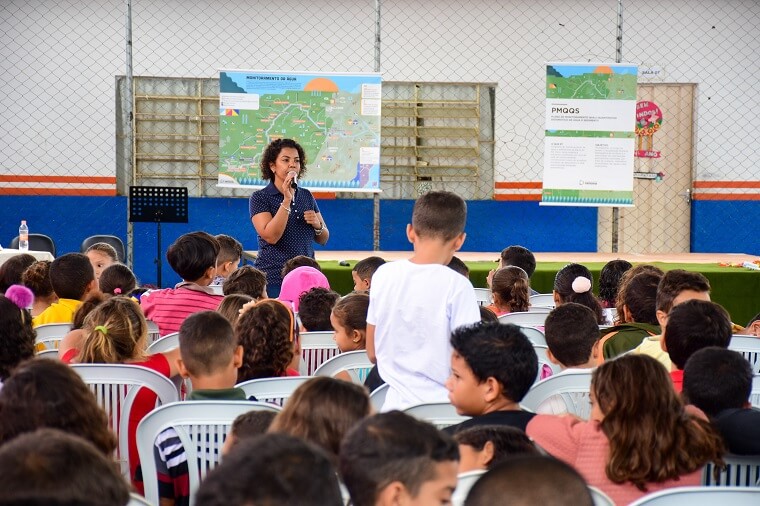 “The students asked questions, participated a lot, saw how the monitoring work is done. I think the activities were very valuable and helped them to better understand,” says Debora Oliveira, a teacher at the Tumiritinga school.

What a nice experience to those children. The kid that collected the water sample will never forget this moment. Renova keep involving the children and teenagers in your actions.

Thanks for your message, Ramon. Please keep following us to learn more about our actions towards social, economic and environmental recovery of the affected communities.