From September 26 to 29, more than 40 touring circus acts, book releases and movies about the circus will take over the historic city

The town of Mariana (MG) is preparing to host the 11th International Clowns Event, organized by Circovolante and held from September 26 to 29. There will be free circus acts from all over Brazil and abroad, not only on squares and the historic center, but also in peripheral neighborhoods and districts.

“We have been decentralizing for some time and we increasingly realize the importance of taking circus spectacles to places where access is limited. This edition will feature 34 shows in schools and squares around town, we are very excited,” says clown Xisto Siman, one of the organizers of the event. 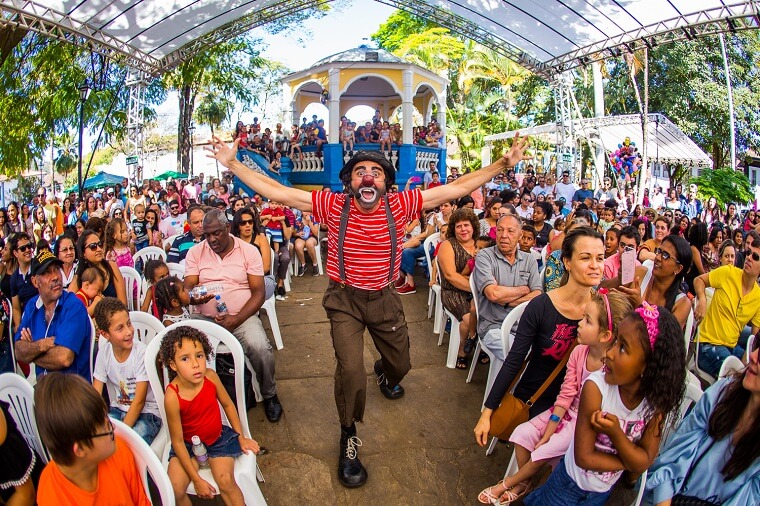 For the 11th edition of the event, Circovolante has prepared many new acts: in addition to the acts of the 40 companies – which will perform on the two stages set up on the squares Praça da Se and Gomes Freire – at the same time, clowns will perform on the streets so that the public has more options.

“After 10 years organizing this event, time has come for new experiences. Over the years, our public has grown and has gotten familiar with the circus language, looking at the acts with a critical eye, so we want to improve our acts even more. This year we will release two super important books on the history of clowns and two documentaries. One of them is a record of the first decade of the event and how our journey has been so far. And the second is about the legacy of our first honoree, Clown Alegria, who at 86 is the oldest working in Brazil,” says Siman.

The two short documentaries will be released at the 11th International Clowns Event: “10 Years of Event”, and “Memories of Joy”, a partnership of Circovolante with Macaca Films.

Also on the program, one morning where Regina Horta Duarte’s will be signing her book “Circus Nights”, and book launch of “Clowns: Performance, hybridism and multiplicity”, by Lili Castro.

The event’s honoree is Jasmin, Lily Curcio’s clown. Lily is an Argentine anthropologist who has studied classical clowning for over 24 years. “I started with Jasmin when I was in my forties and it truly was a turning point in my life. She brought all the existential answers I was looking for and since then I dedicate myself entirely to clowning”, she says.

Lily attended the Italian Circo Ercolino of the Colombaioni family, which includes some of the great masters of the circus tradition. Since then, she has traveled to many different places and met people who helped her build her ever-changing character. “My biggest dream has already come true. What more can I want besides this miracle of interpreting my clown and working with what I really love? Being honored was a big surprise. And also a huge responsibility. Through the show ‘Pieces of Me’, I will depict my career as a woman, artist and clown. To share all these experiences and the many difficulties I have experienced throughout my life. I am very excited and grateful,” she concludes.

The International Clowns Event is held by Circovolante and Circo Para Todos (Circus For All), in partnership with the Mariana Town Hall, support from the Renova Foundation and cultural support from Uau, the Town Council and Mariana Culture Secretariat. Other partners: NEASPOC – UFOP and Sociedade de Riso (Laughter Society). 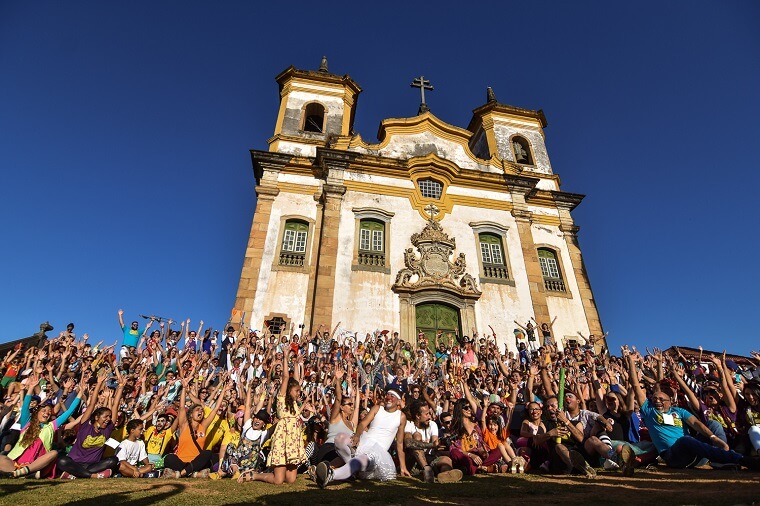 “We believe that promoting tourism is an important strategy for the recovery and diversification of Mariana’s economy. In addition, supporting cultural and recreational activities contributes to the quality of life of the local population,” says Felipe Andrade, coordinator of the Foundation’s Education, Culture and Tourism area.

All events are free of charge.

Visit the Circovolante website and social media for more information about the event:

POVOACAO (ES) IN PREPARATION TO RECEIVE UP TO 10,000 TOURISTS FOR THE GASTRONOMIC FESTIVAL AT THE DOCE RIVER MOUTH